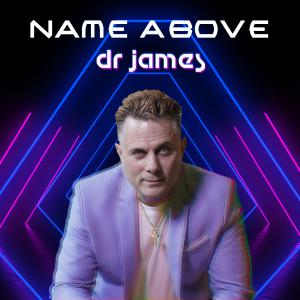 During the current global pandemic crisis, Dr James releases his debut EDM single to spread hope to millions and combat fear throughout the world.

BOSTON, MA, USA, April 10, 2020 /EINPresswire.com/ — Missionary and founder of WhatTV, Dr James Sideras, releases his first music single on Fri April 10th. He is the first Christian missionary in the world to become an EDM artist. Based in Boston, his goal is to inspire a generation by combining dynamic electronic music with a clear message of hope. This message is especially relevant with the global threat of pandemic Covid-19 that is frightening billions of people all over the world. His single, ‘Name Above,’ is part of a five-song EP that’s being released on May 8th. The EP was written and co-produced with Lukus Simari, who gained two no. 1 hits in Africa, and has worked with Grammy award winning artists.

According to PRS for music, EDM is the fastest growing festival genre in the world, representing 40% of the world’s top 100 album sales. Since there are relatively few Christian artists in the EDM space, Dr James’s EP fills a niche in the market. His message is that faith overcomes fear, and only by calling on the name of Jesus can we save both ourselves, and our crisis-stricken world. His music is being released by WhatMusic group, a brand-new Christian label based in Boston, MA. Their mission is to produce and distribute gospel-centric EDM music that brings healing and transformation to everyone who hears it.

As a missionary and entrepreneur, in 2019 Dr James started a new TV network called WhatTV. It has already become one of the largest Christian TV networks in the world, with channels in English, Arabic and Hindu. New channels planned for 2020 include the Philippines, Greek, and Brasilian speaking nations. All videos are on demand, and streamed through YouTube, Amazon Fire, Roku, Apple TV, iOS and Android apps. Content includes, vlogs, podcasts, challenges, cooking, gardening, gaming and more.