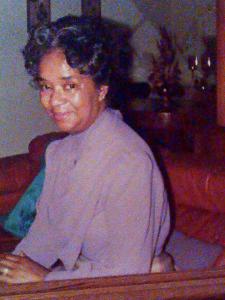 The scholarships are funded privately and honor the memory of Frances Briggs. They are awarded to exceptionally promising high school seniors who pursue postsecondary education that leads to a teaching position, and have a financial need.

Alondra Yaquelin Rodriguez will be attending California State University, East Bay. She volunteered at several elementary schools while attending high school and says that’s where her interest in becoming a teacher, grew.

Rodriguez shared that her “goal is to obtain my bachelor’s degree and teaching credential at the same time through a program offered by most California State Universities.”

Joshua Rei Quisao has committed to the University of California, Davis. He spoke about his inspiration to teach while on a student excursion in Quito, Ecuador. “I carried dry-erase markers and paper in my Old Navy back pack. I spent three days tutoring students in Quito. It was a point during my life that I realized I enjoyed leading and wanted to become a teacher,” he shared.

“Joshua and Alondra are familiar with the demands and still enthusiastically look forward to becoming exceptional teachers,” stated Fran Briggs, member of the Frances Briggs Memorial Committee. “Tuition and other expenses continue to rise, so they may need some assistance along the way. We’re honored to ease some of the financial burden.”

The scholarships are endowed by the family to honor Briggs for her six-decade, devotion to serving and teaching students from pre-kindergarten, to high school.

California resident, Elaine Duhay recalled that after graduating a decade ago, she told Frances Briggs that she was going to college. The educator congratulated her, smiled, and wrote her a check to buy her books.

Duhay said she was moved to tears by her generosity, but didn’t accept the check, initially. “It was way too much money,” she explained. “I took it only after Mrs. Briggs sternly asked me to take it. I had no idea how expensive college books were, but Mrs. Briggs, did.”

Frances Briggs graduated with B. A., in Education, and a minor in Music Education, from San Francisco State. She later earned a master degree from St. Mary's College in Moraga, CA. She was a dedicated, kind, and innovative teacher that positively influenced, voluntarily tutored, and mentored students for 60 years. In 1958, the globally renowned, Radio City Music Hall in New York invited her to Manhattan. There she was offered a contract to perform as a musical artist. Frances politely declined citing her commitment to her family, community, and vocation as an educator. She enjoyed gardening; traveling, teaching, writing plays; choreographing; live performances, and spending time with family and friends. As the wife of Jim Briggs, the couple had seven children. The Frances Briggs Memorial Scholarships Committee is committed to serving students, and preserving the legacy of its namesake.